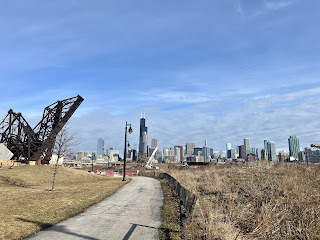 And we’re down to three.

The 78 megadevelopment, the Tribune Publishing Center and the One Central project site are all in the running to host Chicago’s first casino.

Mayor Lori Lightfoot’s office announced Tuesday the list had been narrowed down from five locations to those three — kicking the Michael Reese megadevelopment and McCormick Place off the lists of potential spots.

Lightfoot said the 78 plan, a Bally’s casino slated for the River West and a Hard Rock casino at the proposed One Central project site near Soldier Field best fit the city’s “core goals.”

“Each proposal offers economic, employment, and equity-focused opportunities for Chicago, while simultaneously enhancing the city’s cultural, entertainment and architectural scenes with world-class amenities and design,” Lightfoot said in a press release. “Our teams look forward to heading into discussions with the finalists and getting one step closer to bringing this decades-long project to fruition.”

City officials said Tuesday there will be three community meetings held for residents to discuss each of the proposals 6-8 p.m April 5-7.

In-person attendance will be prioritized for residents in the ZIP codes and then on a first-come, first-serve basis capped at 300 people. The meetings will also be live-streamed.

April 5: Hard Rock at One Central